TORONTO, ON, NOVEMBER 1, 2022 – The Ontario Nurses’ Association (ONA) stands in solidarity with Ontario’s education workers and the Canadian Union of Public Employees in their pursuit of a respectful and fair new collective agreement.

ONA believes the Ford government’s repeated use of the Notwithstanding Clause demonstrates a wanton disregard for the rights of union members to freely and fairly negotiate; it is a chilling and arrogant move by a government that has repeatedly shown its disdain for female-dominated professions and the vital work they do. The government’s decision to pre-emptively legislate these workers back to work, impose a contract and prevent them from taking job action undermines a long-respected and legal process.

This is yet another example of this government attacking historic basic labour freedoms in this province. ONA encourages all unions and all workers to join the fight to defend these basic rights and freedoms.

Send an email now to defend workers’ rights in Ontario!

The ONA contingent will meet at 2:15 p.m. at 85 Grenville St. Contact: staceyp@ona.org

Find a picket near you: https://cupe.on.ca/dontbeabully/ 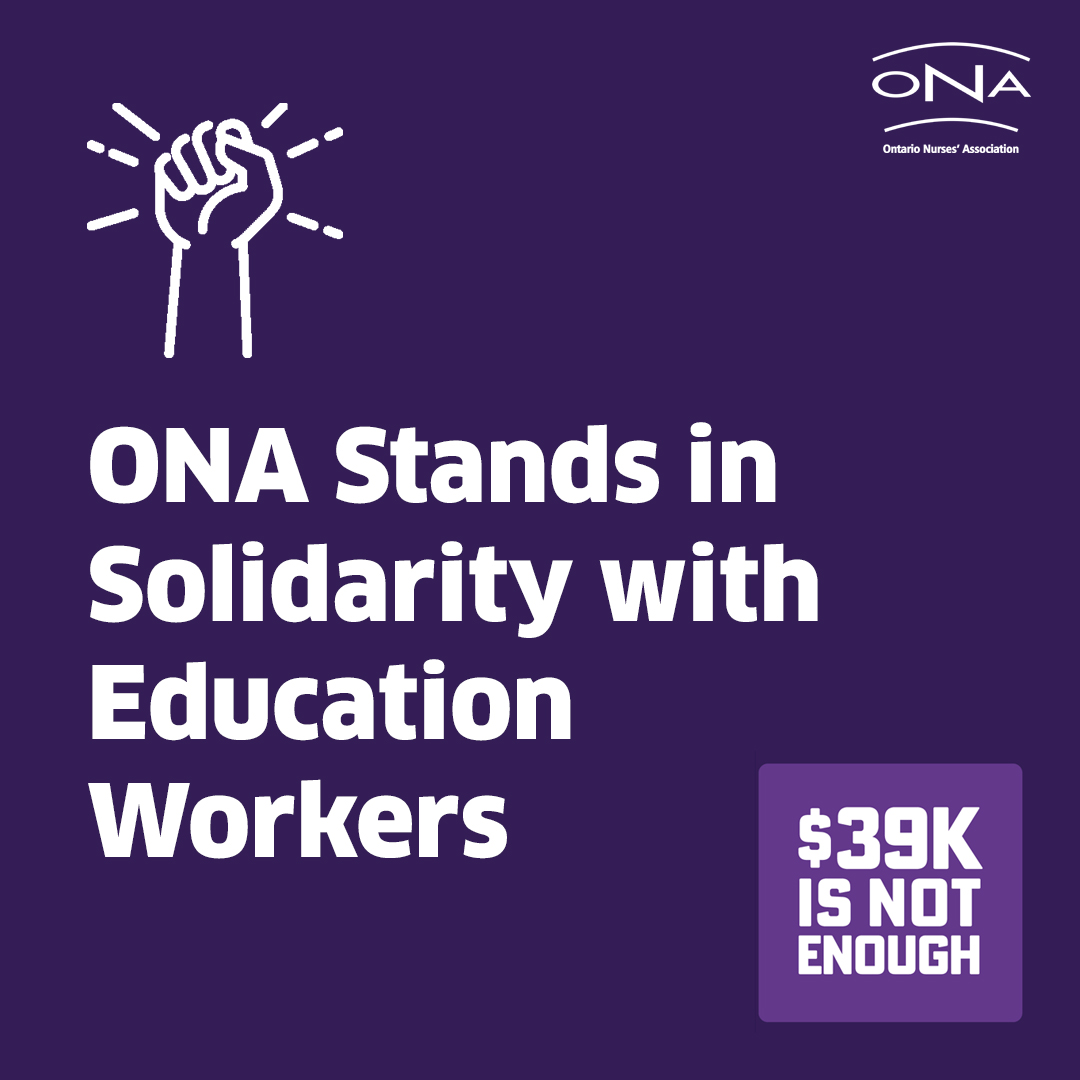 Not sure who your MPP is? Use the Ontario legislature's "Find my MPP" tool to find your MPP and their contact information.