Bargaining 101: ONA member says being part of a central negotiating team is “overwhelming,” but rewarding 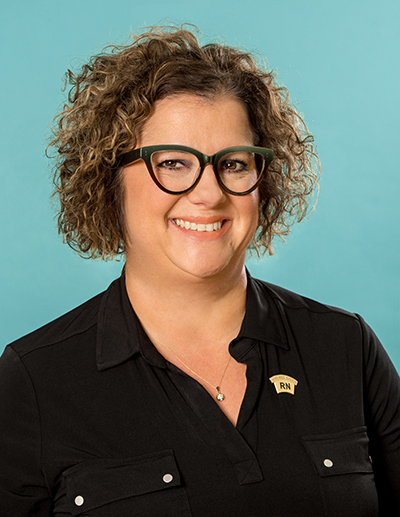 ONA Region 4 Vice-President Angela Preocanin shares her first-hand experiences of being a front-line member on the hospital central negotiating team, the challenges, the surprises, and advice for members who wish to sit on a central team.

ONA Comms: Why did you decide to apply to become a member of the hospital central negotiating team?

Angela: I had a solid background with local bargaining, and I understand why we bargain the way that we do. My motivation was to take my experiences to the next level, and to understand the bargaining process provincially. Thousands of members complete ONA’s Have Your Say Bargaining survey, and I wanted to find out how ONA uses the survey results, the process of developing proposals that reflect front-line members’ needs, and being a part of negotiations with the Ontario Hospital Association sitting across the table.

ONA Comms: Tell me about your experiences on the central teams. (Angela served on the 2016-18 and the 2018-20 Hospital Central Negotiating Teams).

Angela: In a word? Overwhelming. Although we receive a thorough orientation which sets up team expectations and demands, I was stunned by the amazing amount of information the team is provided to develop proposals on behalf of our members. We are given the complete Have Your Say questionnaire results, plus all of the comments our members submit. There are thousands of comments, and the entire negotiating team reads each and every one of them. From this information and other sources such as through ONA meetings, the team develops comprehensive bargaining proposals to present to the employer.

ONA Comms: What surprised you the most?

Angela: I was most surprised that workload was the main priority identified by our members through the survey. Compensation was important, but it was not the top priority. From my experiences working on the front lines, I knew that workload was vital, but I didn’t realize how strongly this issue resonated with our members until I saw the survey results.

ONA Comms: What was it like during bargaining week with the Ontario Hospital Association (OHA)?

Angela: I was, at first, optimistic for both rounds. I was truly hoping to make substantial gains on behalf of our members, but I became deflated as the weeks progressed. The OHA representatives were nice enough, but through both rounds, the message was clear in that the OHA was not going to negotiate. In fact, the OHA submitted very regressive proposals that aimed to gut our collective agreement. Thankfully, the arbitrators (both rounds went to arbitration, which is a binding decision for both parties) denied the OHA’s requests, and ONA kept our benefits and wages intact.

ONA Comms: What advice would you give a member if they wish to sit on a central negotiating team?

Angela: My advice is to learn as much as possible about negotiations, such as sitting on a local negotiations team, taking ONA education related to grievances and arbitrations and getting involved in your bargaining unit. Central negotiations can be daunting at first, but if you have a background, it will make it a bit easier and a better experience.

If you want to get more involved, speak with your Bargaining Unit President.

The call for nominations for the hospital, nursing home, and Victorian Order of Nurses central negotiating teams will be posted on or about August 24, and can be found  at www.ona.org/bargaining