April 28 is the Day of Mourning

The Ontario Nurses' Association has been a leader in occupational health and safety issues that affect not only our members, but everyone in society. The National Day of Mourning is observed each year in Canada on April 28 to commemorate those who have been injured, made ill or killed while on the job due to workplace hazards or incidents.

The observance began in 1984 and it was officially declared an annual day of remembrance the following year by the Canadian Labour Congress (CLC). In 1991, the day became a national observance when the Workers Mourning Day Act was passed, making April 28 an official Workers' Mourning Day.

Each year on April 28, ONA members, staff and colleagues commemorate those who have been injured, made ill or killed at work. We honour ONA members Brian Beattie, who died due to COVID-19; a member who passed away in a work-related car accident; Nelia Laroza and Tecla Lin who died after contracting SARS; and Lori Dupont, who was murdered while working at a Windsor hospital. The list of members who have passed away due to work-related issues sadly continues to grow. ONA will continue to advocate for members’ health and safety at the government, employer and Bargaining Unit levels. Workplace injuries, deaths and illness are preventable.

Click here to learn more about sharing your story for the Day of Mourning.

Health-care workers continue to have some of the highest rates of injury and illness statistics in the workforce. In 2021, the risks they face on the job are recognized worldwide as they fight on the front lines of the COVID-19 pandemic. 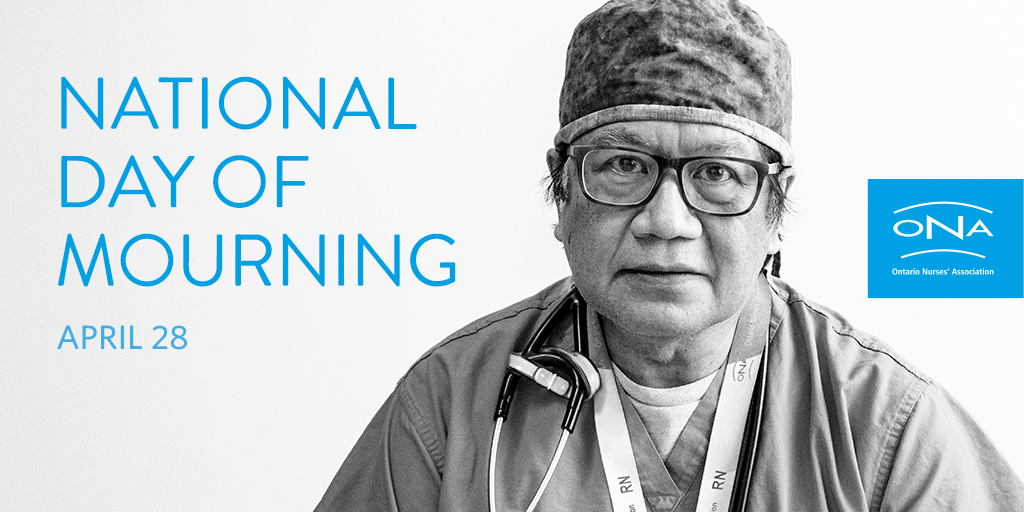 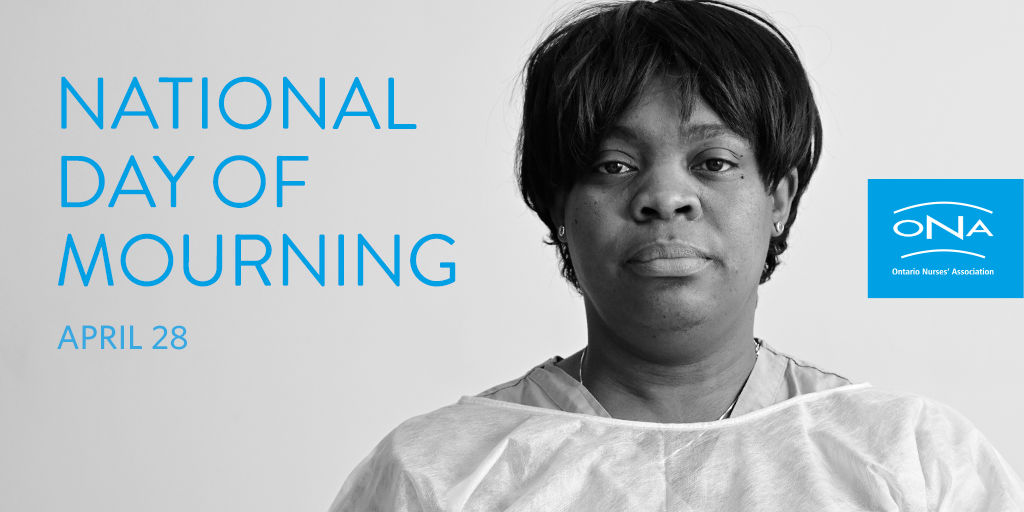 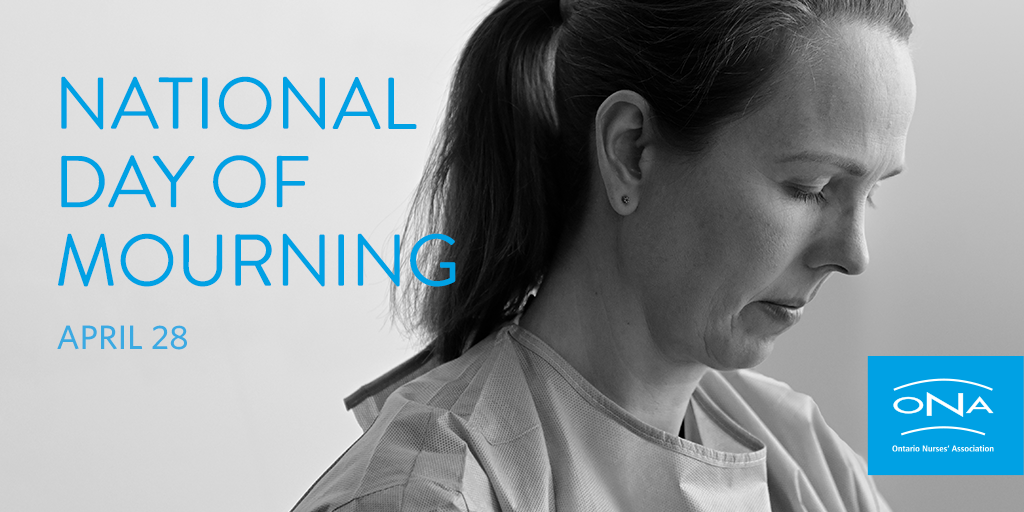 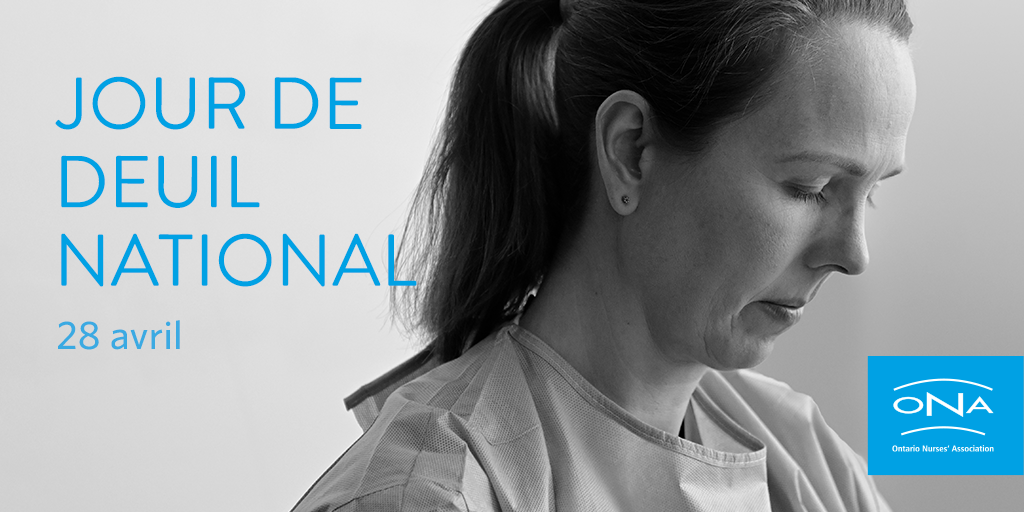 We encourage ONA members, their families and friends to join us and other labour leaders in marking Canada's Day of Mourning.

Due to the COVID-19 pandemic, our members and the public must refrain from attending live events, such as parades and rallies. Click here to see a list of online events happening in Ontario. In-person events will not go forward but the Day of Mourning will be marked.

The CFNU will be hosting a Facebook Live event at 6:30 PM EDT on April 28. They will be recognizing all health care workers who have been personally impacted by the COVID-19 pandemic, especially those who have died and become ill.

CFNU President Linda Silas will host five guests from the health care sector who will share their stories from the frontlines of this global health crisis. To learn more and RSVP, please click here.

Our COVID-19 webpage has the latest news, guidance and resources for ONA members as we navigate this crisis. ONA members can submit COVID-19 questions to COVIDQuestions@ona.org.

For more workplace safety information, links and resources, visit the Canadian Centre for Occupational Health and Safety. Also visit their Day of Mourning page for information and materials.

The Workplace Safety and Insurance Board's website has Day of Mourning resources including a toolkit, stories and the ability to leave a public tribute.