“Doug Ford’s PCs are responsible for the biggest unravelling of health care we’ve seen in decades, and his handling of the pandemic is proof of the government’s incompetence,” says ONA President Cathryn Hoy, RN.

Hoy says that the government is starving the health-care system of adequate funding, and nurses are leaving by the thousands because of unfair and discriminatory legislation that the Ford government enacted including Bills 124, 195, 175 and now 106.

ONA’s new campaign is a direct response to the PC government’s reckless approach to managing health care. “Ford’s failure to take decisive action during the pandemic is a real turning point. We witnessed so many tragedies that could have been avoided had he listened to ONA and enacted our solutions,” Hoy says.

As we approach the next provincial election, nurses and health-care professionals have an urgent message: make your vote count for public health care!

The new provincial government must be a government we can trust to solve pressing issues:

Repeal Bill 124. Doug Ford’s Conservatives passed Bill 124 in 2019. It penalizes nurses by unfairly suppressing their wages and should never have been passed. When the pandemic hit and nurses and health-care professionals were being celebrated as heroes, a reasonable government would have repealed the bill as a show of appreciation and respect. Instead, Doug Ford refused.

End the nursing shortage: when there aren’t enough nurses, patient care suffers. Understaffing increases risk for patients, residents, and clients and causes system-wide delays for surgeries, cancer assessment and treatment, and other critical services. For many years, Ontario has had the lowest nurse-to-population ratio in Canada. We need to hire a minimum of 22,000 nurses just to catch up.

Protect public health care. Underfunding the health-care system is a stealthy way of opening the door wide to privatization. When for-profit care expands, the balance shifts in favour of wealthy individuals, disrupting the principles of fairness and equal access to care that ordinary people rely on. Private facilities pull precious resources – including nurses – away from the public system, which then must struggle even harder to keep going. 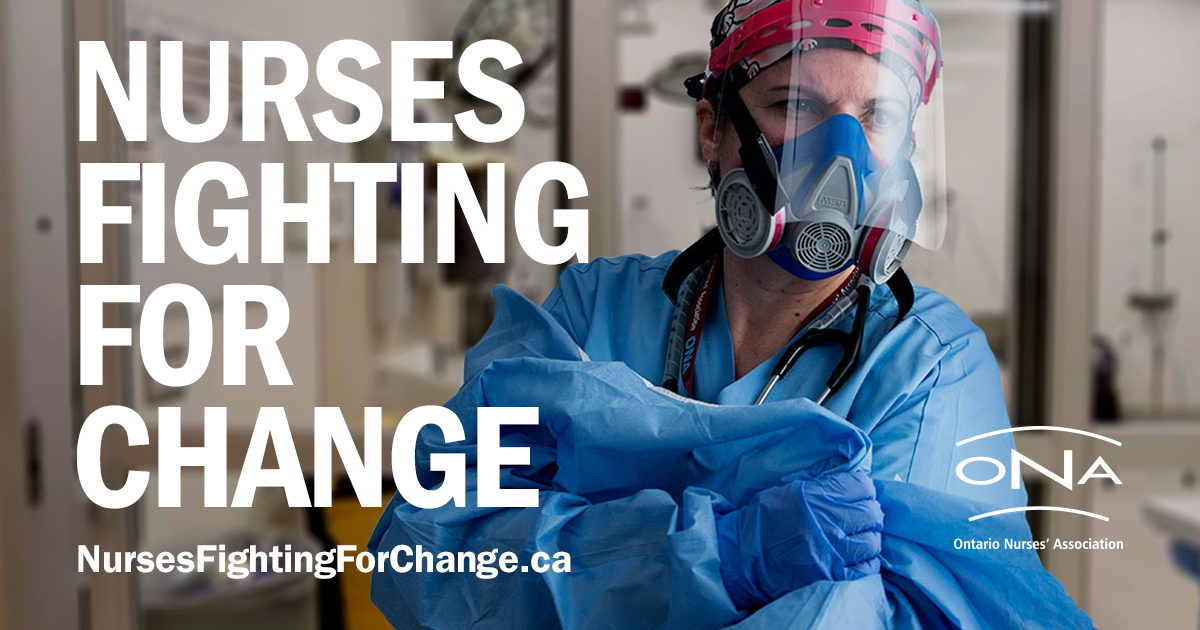 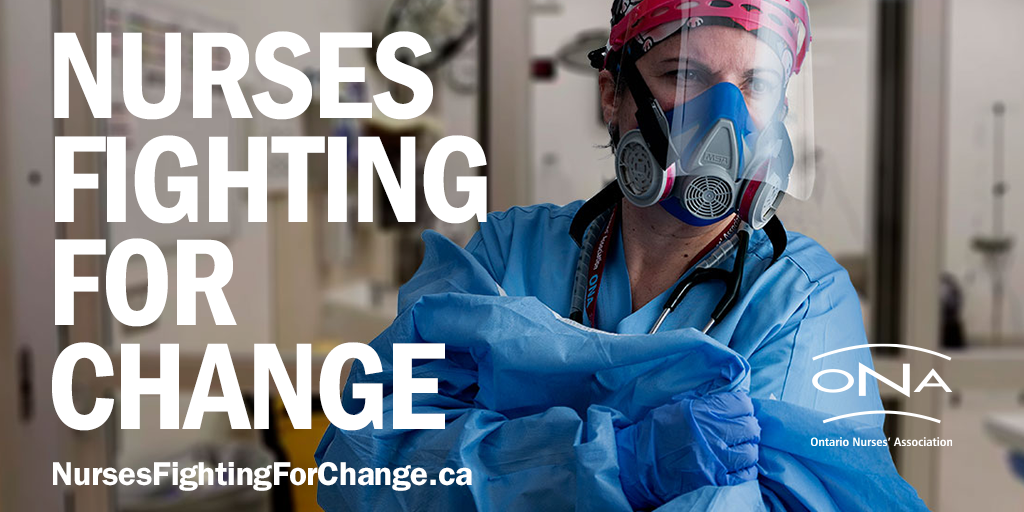